The IIDA Texas/Oklahoma Chapter awarded the office, devised by architect Abel Design Group, the Best in City Center honor for Houston in the large corporate category for businesses occupying more than 25,000 square feet.

The 34,000-square-foot Ahmad, Zavitsanos, Anaipakos, Alavi & Mensing P.C., or AZA, offices on the 25th floor of LyondellBasell Tower are visually striking. Last year, the space at 1221 McKinney St. was named a finalist for the 2017 Landmark Awards by the Houston Business Journal. 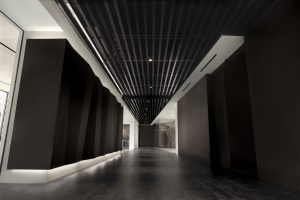 The downtown office’s stark, dark look was designed to reflect the take-no-prisoners attitude of the trial lawyers who office there. The main corridor is lined with dark paneling and flooring that is edge-lit.

The IIDA’s Inspire 2017 awards were decided by a jury chosen by the board of directors of the Texas/Oklahoma Chapter. Awards were based on the success with which each project met its individual requirements, overall design quality and achievement of excellence.

Ahmad, Zavitsanos, Anaipakos, Alavi & Mensing P.C., or AZA, is a Houston-based law firm that is home to true courtroom lawyers with a formidable track record in complex commercial litigation, including energy, intellectual property, and business dispute cases. AZA is recognized by Chambers USA 2017 among the best in Texas commercial law; by U.S. News – Best Law Firms as one of the country’s best commercial litigation firms for 2017; and previously by Law360 as a Texas Powerhouse law firm. National corporate counsel named AZA one of the country’s best in client service among law firms serving the Fortune 1000. 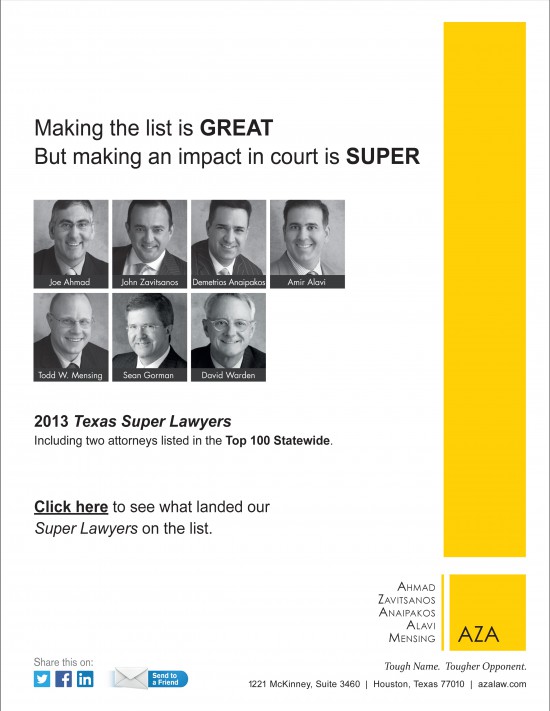