We’ve been retained by a national doctor’s group TeamHealth to handle litigation around the country against insurers for underpayment. In December 2021 AZA won a $62.65 million jury verdict in Las Vegas on behalf of emergency room doctors cheated by United Healthcare affiliates.  This was the third AZA win for TeamHealth and a long-anticipated showdown with the largest U.S. insurer that may alter the landscape of dozens of other similar cases around the country.  Texas Lawbook featured the Nevada case as the top story in Top Commercial Litigation in 2021 . See also AZA Victorious in $62 Million Nationally Watched TeamHealth Trial Against Insurance Giant United Healthcare. See also “Nevada Trial Culminates with Jury Ordering UnitedHealthcare to Pay TeamHealth Doctors $60 million in Punitive Damages.”

In June 2021, AZA successfully represented emergency room physicians in obtaining a $19.1 million Houston jury verdict against a large insurance company in the first case in the nation to litigate emergency room physicians’ out-of-network pay from private insurance companies under the Affordable Care Act. The case was covered in the media  by Texas Lawyer in ‘Designate a Villain’: The Legal Strategy That Led a Houston Jury to Award $19M to ER Docs in Insurance Dispute (subscription required), by Law 360 in Jury Awards $19M To Doc Staffing Co. In Reimbursement Row  (subscription required) and by Texas Lawbook in Houston Jury Awards TeamHealth $19.1M in Trial Over ER Doc Pay (subscription required).

Recently we defeated an eight-figure False Claims Act case on a motion to dismiss; led the charge in taking on an 8-figure billing dispute for a healthcare company with its carrier; successfully removed the head of a healthcare practice in a contentious corporate governance dispute; defeated multimillion dollars claims brought by a medical director against their group; and spearheaded a response to a six-month regulatory investigation that resulted in a no further action letter and an exoneration of the company.

We have also advised on partnership formation and dissolution; roll-ups of private equity healthcare entities; healthcare company employee policies and agreements; and on government investigations. 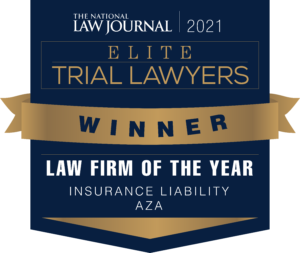