HOUSTON – A judge dismissed a defamation lawsuit filed by Landry’s Inc. restaurant chain and its Downtown Aquarium that claimed the Animal Legal Defense Fund defamed Landry’s by publicly commenting on the controversial treatment of four endangered white tigers kept at an aquarium exhibit.

Harris County District Judge Steven Kirkland ordered Landry’s to pay $450,000 in penalties and an additional $174,000 in legal fees to deter the company from filing such lawsuits in the future. The case was covered in the Houston Press story “Landry’s Must Pay Animal Welfare Group Over White Tiger Dispute”, the Houston Chronicle story “Judge tosses defamation lawsuit over Landry’s tigers“, the Law360 story “Restaurant Sanctioned In Defamation Suit Over Tiger Welfare” subscription required), and the Forbes magazine story “ExxonMobil Wins An Anti-SLAPP Motion In Texas, While Landry’s Loses.”

For 12 years, the tigers, named Nero, Marina, Coral and Reef, have never been allowed to leave their indoor confinement at the Downtown Aquarium. Because the Aquarium has no outdoor space for the tigers, they lack adequate access to fresh air, sunlight or natural surfaces. Evidence showed the tigers are kept in 10’x10’ cages for up to 20 hours per day.

The motion for dismissal was filed by Houston law firm Ahmad, Zavitsanos, Anaipakos Alavi & Mensing P.C., or AZA, under a Texas law called Anti-SLAPP (Strategic Lawsuits Against Public Participation). This law allows judges to dismiss meritless lawsuits filed against those who speak out about a “matter of public concern.”

“This was a baseless lawsuit filed to get those who care about the protection of those caged tigers to keep quiet about their concerns. Landry’s tried to use our courts to squelch debate about this important public concern. This Anti-SLAPP law was designed for exactly this kind of abuse of the legal system,” said AZA lawyer Adam Milasincic, who represented the Animal Legal Defense Fund and has successfully used this same law in the past. Hear a “The Animal Law Podcast” episode here featuring Mr. Milasincic and his client discussing the case.

The Animal Legal Defense Fund announced its concerns about the four tigers in September 2016 when it delivered a 60-day notice of intent to sue — as required by the federal Endangered Species Act — on behalf of Cheryl Conley, a Montgomery County woman who witnessed the tigers’ behind-closed-doors cages at the downtown facility. Before the 60-day notice period expired, Landry’s pre-empted the organization and Ms. Conley by suing for defamation.

Ms. Conley, represented by Ashish Mahendru and Darren Braun of Mahendru P.C, filed a separate anti-SLAPP motion requesting dismissal. Her lawyer Mr. Mahendru called Mr. Fertitta a “Billion-Dollar bully.” Mr. Mahendru’s motion asked for the tiger enclosure to be shut down, but the judge did not go that far in this ruling. 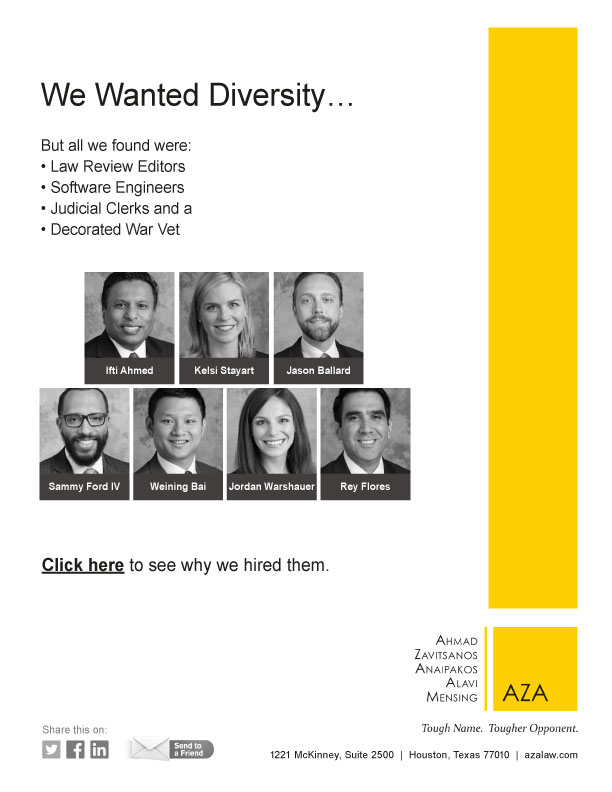