(continued from the newsletter)

“I’m a pretty linear thinker,” David said. “I like to focus on one thing at a time. So, in the age of multitasking, I’m a bit at a disadvantage.” He said he changes focus sometimes when he looks at where a current trajectory will take him in the end and decides maybe something else would be more interesting. The variety afforded by trial work became a pretty good fit. John noted that even though “Hollywood could easily make a movie of David’s life, David has a level of humility that’s as amazing as everything else about him.” 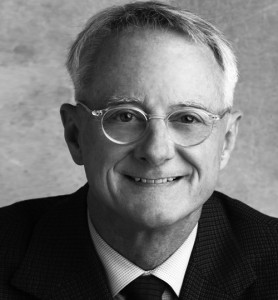 His path has been an interesting one. He took his undergraduate and graduate Purdue University degrees in engineering to Exxon, where he had adventures in Alaska and the Arctic. There he wound up calculating how wind and currents pushing ice packs around would alter oil recovery methods while also working with lawyers on environmental and oil recovery efficiency questions. “I enjoyed working at Exxon, and it’s not that I was bored with my career path, but as I looked forward, I knew I didn’t have infinite time, and the law looked interesting too,” he said.

So, he saved up the money to cover law school and went off to the University of Virginia for a law degree. Since then, he’s focused on patents, intellectual property and business litigation. David has been appointed by federal courts as a special master and mediator in patent litigation. He’s arbitrated cases under the auspices of the ICC International Court of Arbitration in Paris and the American Arbitration Association and has conducted ad hoc arbitrations.

That helicopter crash into the ice pack, where the chopper was so torn apart that “there was no piece left bigger than a suitcase,” left him with the constant reminder that life was not guaranteed beyond today. That message was reinforced when a family friend connected him to the Rev. Antonio “T.J.” Martinez Jr. at Cristo Rey Jesuit College Preparatory School of Houston. David was there as a possible donor, but he and the priest bonded over their favorite vodka drink. When the 44-year-old priest was later dying of cancer, he turned to David to finish the book that he had started. It began as an inspirational letter to his students at the school, whose mission was to help good students raised in poverty get into college and lead great lives. “What do you say to a dying priest?” David asked. He put his Ph.D. work at Rice on hold. The result was the book Miracle in Motion: Living a Purposeful Life. It was recently also translated into Spanish.

David did eventually get his Ph.D. in mechanical engineering with a thesis analyzing new materials for spaceflight crew protection from galactic cosmic radiation, which scientists don’t yet know how to adequately protect against for the contemplated long-term missions outside the Earth’s magnetosphere to the moon and Mars. That’s right: This beyond-retirement-age lawyer is dabbling in spacecraft shields, and he has spun that off into working in international research collaborations in the spaceflight arena. David’s business experience outside of his law firm has been co-founding a community bank (Encore Bank) and working with several space-related companies. The latter included working with a Chinese-American astronaut on projects in China, which explains David picking up a bit of Mandarin.

Speaking of languages, David said he and his brother started learning French when they were each in the dating pool in order to increase their possibilities, and it worked out when David met the Paris-raised woman he subsequently wed and has been married to ever since. He now holds dual citizenship, votes in elections on both sides of the Atlantic and is still struggling to improve his French.

His next area of focus involves some interesting cases he is exploring with his AZA colleagues. “The law is fun, especially when you have the opportunity to work with smart, diverse teams of young lawyers, so, I am looking forward to ramping up my legal work. Yeah, I’m a compulsive workaholic, but it’s fun,” David said.

He swears he takes wonderful vacations with his family, too, and is an avid reader. A recently finished book he can recommend that will stretch your mind is The Three-Body Problem by Liu Cixin: “The title attracted me because it refers to the three-body problem in orbital mechanics, which cannot be solved analytically — but the story will blow you away!” the lawyer with a doctorate in mechanical engineering said.