HOUSTON – AZA’s largest new partner class ever includes five lawyers who have made Fortune 500 clients happy, won hundreds of millions of dollars for a variety of clients, and worked successfully on both sides of the courtroom aisle.

“This is an exciting group of remarkable, accomplished and fearless trial lawyers we are thrilled to have as partners in the firm,” said AZA co-founder John Zavitsanos.

Mr. Goolsby has won cases as lead trial counsel and has argued before the Delaware Supreme Court. This Super Lawyers Rising Star in Texas business litigation has successfully represented clients ranging from a family-owned restaurant to an energy giant.

Mr. Halepota has served as first chair on cases involving more than $100 million. Working on both sides of the aisle, he helped secure a $700 million award for a telecom company and a take-nothing award in a $100 million energy dispute.

Mr. Johnson has successfully represented Fortune 100 companies. He won a $41.6 million jury verdict against Lloyd’s of London after the insurer refused to pay for an offshore oil rig’s hurricane damage. This former rock ‘n’ roll star has also handled many appeals.

Mr. Leyendecker has obtained eight-figure verdicts and settlements on behalf of individual and corporate clients and helped recover over $1 billion in settlements for individuals in consumer, fraud, and personal injury matters.

Mr. Ringquist obtained a total defense win on behalf of a prominent Houston family business owner in a complex $30 million dispute. He has successfully represented clients as varied as a motorcycle manufacturer and commercial lenders.

AZA, or Ahmad, Zavitsanos & Mensing, is a Houston-based law firm that is home to true courtroom lawyers with a formidable track record in complex commercial litigation, including energy, healthcare, intellectual property, and business dispute cases. AZA is recognized by Chambers USA 2022 among the best in Texas commercial law and intellectual property; by U.S. News – Best Lawyers’ Best Law Firms as one of the country’s best commercial litigation firms for 11 years running; has been named Litigation Department of the Year by Texas Lawyer three times including for 2021; and was previously dubbed by Law360 a Texas Powerhouse law firm. 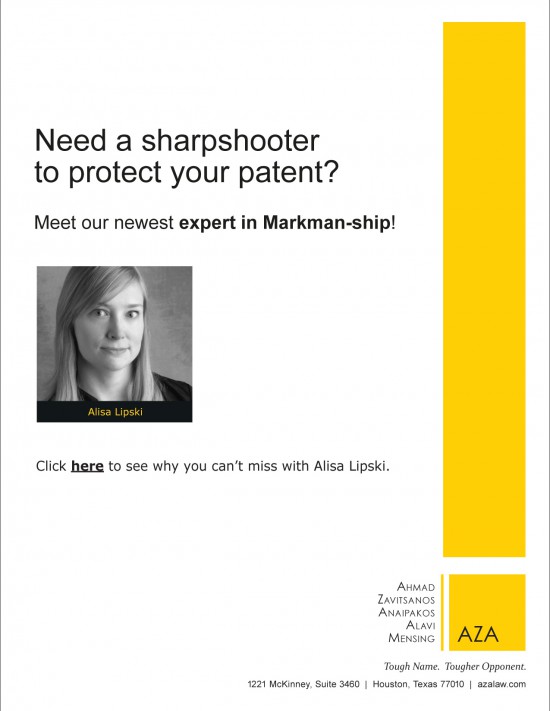