HOUSTON – Appellate and trial lawyer Jane Langdell Robinson of Ahmad, Zavitsanos, Anaipakos, Alavi & Mensing P.C., or AZA, will argue before the Texas Supreme Court that patent agents advising their inventor-clients should be granted the same confidentiality that lawyers are given with their clients.

The case, In Re Andrew Silver, Case No. 16-0682, is the first in the nation to reach a state’s highest court. On June 16, the Texas Supreme Court said it would review the case. Law360 covered the court’s decision to review in “Texas High Court To Weigh Discovery Of Patent Agent Emails” (subscription required).

“This case seems likely to have national implications since the recognition of privilege for communications with patent agents has not previously been decided in state court, but because of recent U.S. Supreme Court precedent, it will start coming up more often,” Ms. Robinson said. “Judging from the many amicus briefs, there is tremendous interest in the outcome.”

Ms. Robinson argues that patent agent communications are protected under Texas Rules of Evidence, Rule 503 (b).  The rule defines “lawyer” as a person authorized to practice law in any state or nation, and federal law makes clear that registered patent agents who represent clients before the Patent Office are engaged in the authorized practice of law.  A number of IP Law professional groups agree, including Houston and Austin IP Law Associations and the IP Owners Association.

The case involves communications between inventor Andrew Silver and his patent agent in a lawsuit against Tabletop Media LLC over the patented technology for the Ziosk tablet service used in restaurants.

In 2016, the Fifth Court of Appeals in Dallas ruled 2-1 that communications between non-lawyer patent agents and their clients are not privileged. That conflicts with the Federal Circuit which recognizes that patent agents who represent client/inventors before the U.S. Patent and Trademark Office are engaging in the authorized practice of law and are entitled to attorney-client privilege.

Ms. Robinson, whose practice emphasizes appeals and high-stakes motions, is Board Certified in Civil Appellate Law by the Texas Board of Legal Specialization. Mr. Silver is also represented by Demetrios Anaipakos, Tim Shelby,  Edward Goolsby and Ifti Ahmed of AZA. 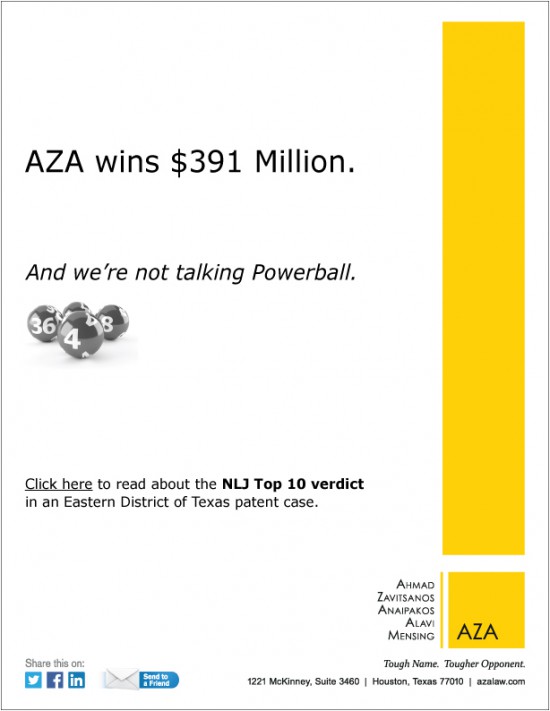