HOUSTON – A nearly $650,000 lawsuit against the Turkey Leg Hut restaurant and its co-owner and founder, Nakia Price, has been fully dismissed. All that remains of the case are $230,000 in counterclaims against the man who originally sued.

Ralph Thomas, a onetime business associate of Nakia Price in another restaurant before she founded the Turkey Leg Hut, this past week dismissed the last pieces of his breach of contract lawsuit. The popular Turkey Leg Hut restaurant, known since 2017 for its unique and delicious turkey legs, was dropped from the lawsuit in November 2020 after the AZA legal team successfully argued that the Turkey Leg Hut didn’t even exist during the time period claimed in the lawsuit.

“Ms. Price developed a special recipe and opened a restaurant that’s become a culinary jewel in Houston. It appears her short-lived, one-time colleague thought he could cash in on her hard-earned success. We made sure that didn’t happen,” said Edward “Ward” Goolsby, the AZA attorney who served as lead lawyer on this case.

Ms. Price, who unveiled her tasty turkey legs at the 2016 Houston Livestock Show and Rodeo, briefly worked with Mr. Thomas at a Washington Ave. restaurant before opening her own place in Houston’s Historic Third Ward. Mr. Thomas sued for several claims including back rent. Those claims have now been totally dismissed.

But Ms. Price’s counterclaims against Mr. Thomas, including breach of contract and breach of fiduciary duty, will go forward. Ms. Price alleges that Mr. Thomas violated the terms of the partnership relating to profit sharing and improperly took more than $100,000 from a business bank account for himself and his wife. 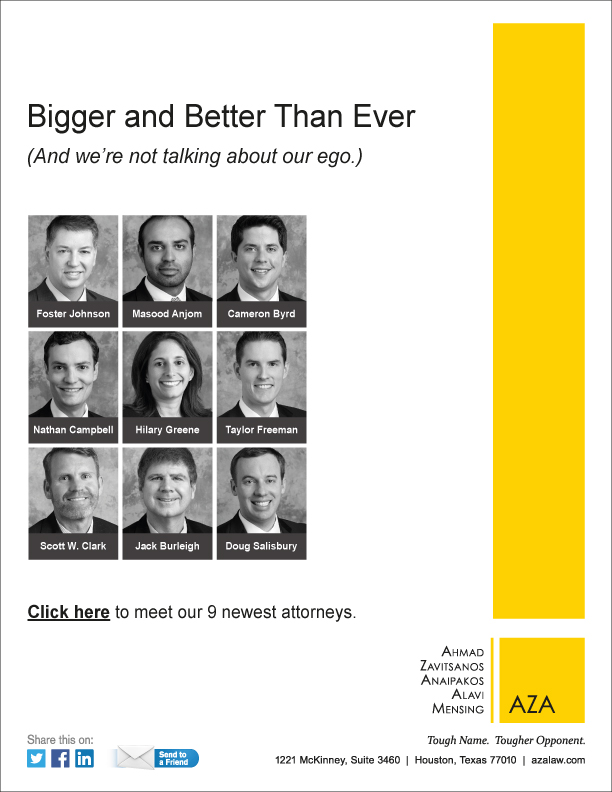