HOUSTON – The Texas 14th Court of Appeals has ruled that AZA client FlexSteel Pipelines Technology Inc. can proceed to trial against a Chinese company and its Houston-based employee for theft of trade secrets.

The appellate court found that a Harris County trial judge did not err by allowing a special appearance by China-based Changchun Gaoxiang Special Pipes Co., LTD, which employed a former employee of the predecessor of FlexSteel Pipelines. That former employee is also accused of stealing trade secrets about a pipeline product for use in offshore oil and gas work.

“This is a great win for FlexSteel. The Chinese company was arguing it shouldn’t be subject to the Harris County courts even though it pays for an employee to live here in Houston where he stole the pipeline trade secret at issue,” said AZA of counsel Kevin Leyendecker, who handled the case with AZA co-founding partner John Zavitsanos.

AZA, or Ahmad, Zavitsanos, Anaipakos, Alavi & Mensing P.C., is a Houston-based law firm that is home to true courtroom lawyers with a formidable track record in complex commercial litigation, including energy, healthcare, intellectual property, and business dispute cases. AZA is recognized by Chambers USA 2020 among the best in Texas commercial law; by U.S. News – Best Lawyers’ Best Law Firms as one of the country’s best commercial litigation firms for eight years running; was named 2019 Litigation Department of the Year by Texas Lawyer; and was previously dubbed by Law360 a Texas Powerhouse law firm. National corporate counsel named AZA one of the country’s best in client service among law firms serving the Fortune 500 and 1000. 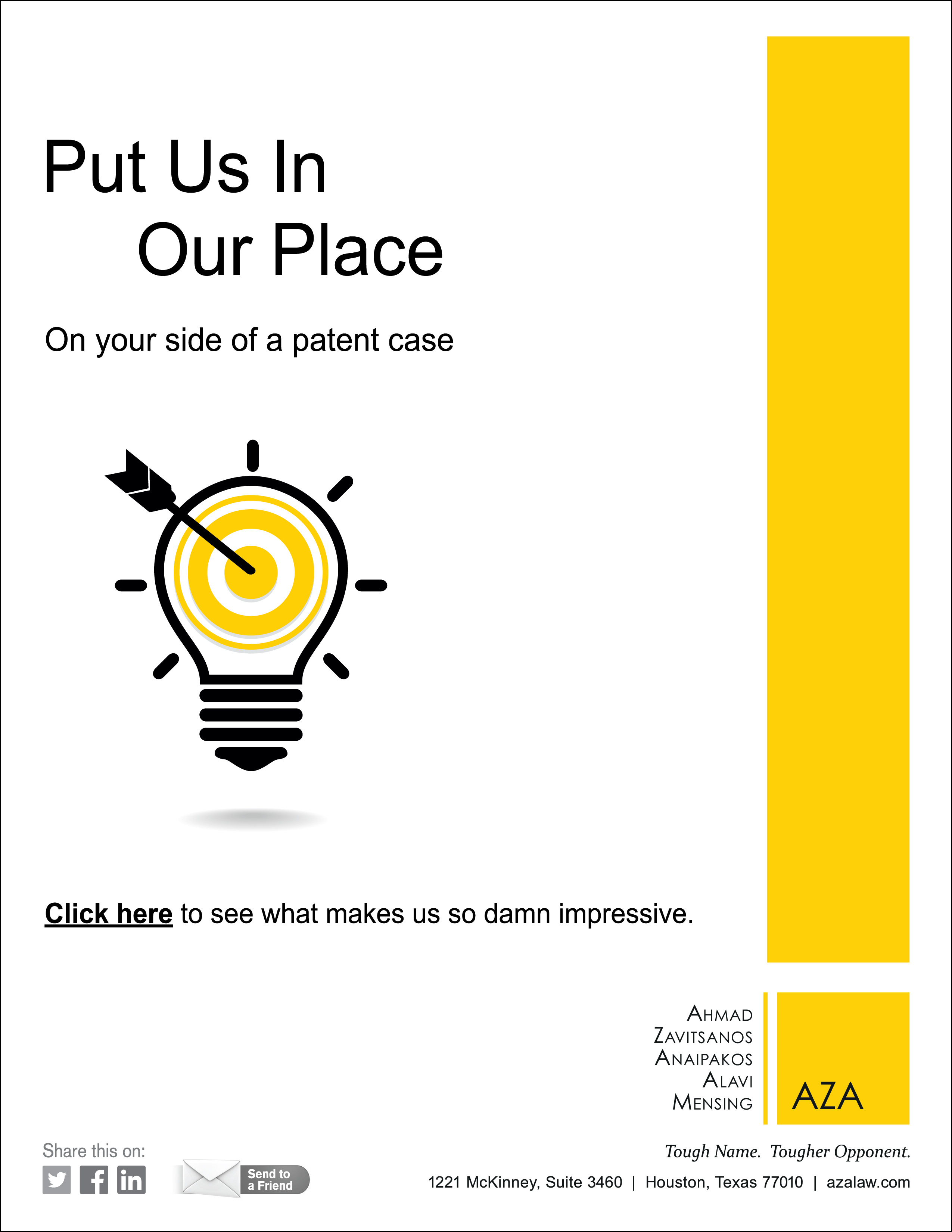