HOUSTON –John Zavitsanos, co-founder of AZA, was one of only 10 lawyers named as a “Titan of the Plaintiffs bar” by Law360 today for his recent groundbreaking healthcare jury wins.

Mr. Zavitsanos was chosen for the work he’s done for client TeamHealth to seek fair insurance reimbursements for emergency room doctors around the nation. He’s won three jury verdicts. The latest one, closely watched by the industry, will add up to more than $70 million after fees are added to a Nevada jury’s $62.65 million award against United Healthcare. The 2021 verdict included $60 million in punitive damages. Law360 wrote a full profile of Mr. Zavitsanos’ work in “Titan Of The Plaintiffs Bar: AZA Law’s John Zavitsanos”.

TeamHealth’s CEO said of the December 2021 Nevada jury win: “Our win … will meaningfully impact every front-line physician in America – and that’s no exaggeration.” The CEO added: “The jury’s determination that the evidence was ‘clear and convincing’ and that United was guilty of ‘oppression, fraud, and malice’ says it all.”

In 2020, Mr. Zavitsanos and the AZA team were hired six days before the first jury trial, which was against Centene Corporation. The AZA team secured a $9.4 million verdict from an Arkansas jury in that case. That same insurance company defendant settled similar lawsuits in 2021 and started paying fair prices to ER physicians.

Phil McSween, General Counsel at TeamHealth, said: “We had great lawyers, but we needed great trial lawyers. We needed a gladiator.”

Mr. Zavitsanos became that gladiator for the cause of fair pay for ER doctors and keeping ERs open across the country.

Later in 2021, Mr. Zavitsanos took the fight to his hometown of Houston. A Texas jury awarded $19.1 million to a group of ER doctors, finding Molina Healthcare of Texas Inc. routinely underpaid claims and failed to follow insurance laws. In that case, $17.5 million was in punitive damages.

“These are the first trials in the nation to define reasonable rates for ER docs, especially when they are out of network. The three AZA jury wins – in Arkansas, Texas, and Nevada – have already caused some companies to settle other cases and change their pay scale,” said Mr. Zavitsanos. “My team is headed into 2022 ready to try more cases for TeamHealth and their ER physicians affiliates.”

Law360 explains in Law360 Reveals Titans Of The Plaintiffs Bar that this group of 10 lawyers “exemplifies the broad work of holding corporations accountable and protecting the rights of consumers.”

AZA is a Houston-based law firm that is home to true courtroom lawyers with a formidable track record in complex commercial litigation, including energy, healthcare, intellectual property, and business dispute cases. AZA is recognized by Chambers USA 2021 among the best in Texas commercial law and intellectual property; by U.S. News – Best Lawyers’ Best Law Firms as one of the country’s best commercial litigation firms for ten years running; has been named Litigation Department of the Year by Texas Lawyer; and was previously dubbed by Law360 a Texas Powerhouse law firm. 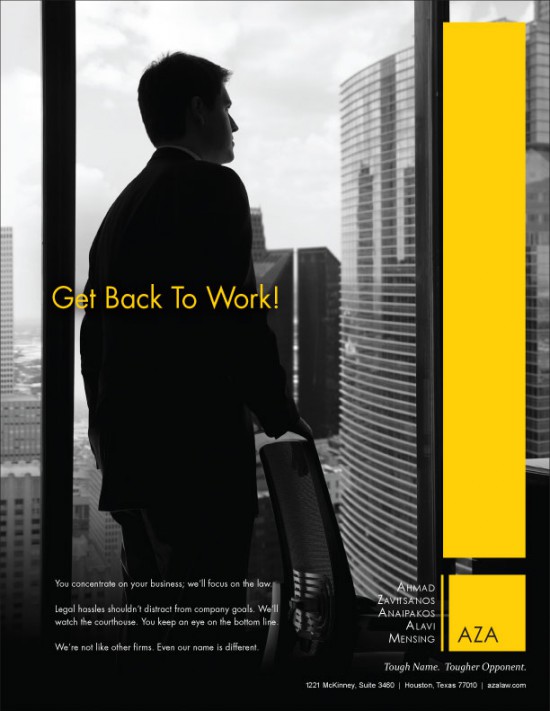