HOUSTON – AZA co-founder John Zavitsanos has been recertified in civil trial advocacy by the National Board of Trial Advocacy after completing a rigorous review process.

Mr. Zavitsanos is also board certified in civil trial law by the Texas Board of Legal Specialization.

The state and national certifications are awarded based on a review process that results in only a small percentage of lawyers earning certification. The national trial advocacy board’s screening criteria includes demonstration of substantial trial experience; submission of judicial and peer references attesting to the lawyer’s professional competency; participation in continuing legal education courses; and proof of good standing. The Texas board certification requires that lawyers have tried at least 20 civil trials that meet a substantive requirement and also pass a six-hour exam. 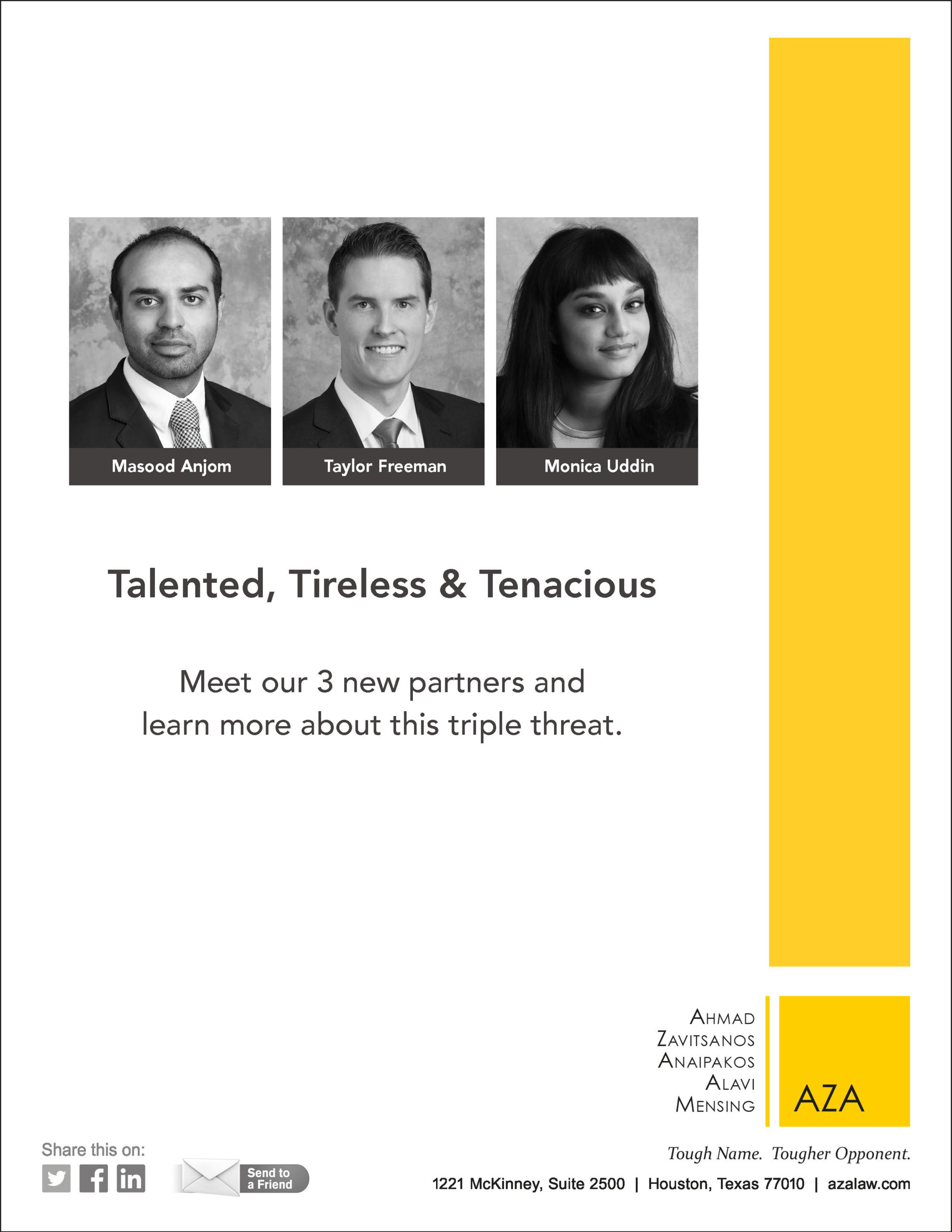