AZA Prevails for Apache Corp. at the Supreme Court of Texas

HOUSTON – AZA has prevailed at the Supreme Court of Texas on behalf of client Apache Corp. This victory paves the way for Apache to proceed in its arbitration against Wagner Oil to recover in excess of $15 million under an indemnity provision in Apache’s agreement with Wagner Oil.    The April 9 ruling rejects arguments by Wagner Oil to discard an arbitration provision contained in a 2001 purchase and sale agreement for oil and gas wells, mineral leases and fee interests […]

HOUSTON – AZA is proud to announce that 11 of the firm’s trial lawyers have earned recognition on the 2021 Texas Rising Stars list, which honors the state’s leading young attorneys.  For the fifth straight year, AZA partner Sammy Ford IV was named a “Top 100 Texas Up & Coming” lawyer for his business litigation skills. He has made the Rising Stars list every year since 2013.  Also making […]

HOUSTON – In a personal essay for Texas Lawbook during Black History Month, AZA associate Joshua Harris revealed the back story of how he became a lawyer: lessons learned from his grandparents and parents, and from football.  In a Feb. 25 article headlined, From Grandparents and Quarterbacking: Lessons in Education and Adversity, Mr. Harris outlined his many discoveries growing up. He wrote that he benefited from what he was taught about strategic long-term planning from […]

HOUSTON – Three accomplished trial lawyers have been promoted to partner at AZA. They are commercial litigators Monica Uddin and Taylor Freeman and intellectual property lawyer  Masood Anjom. Ms. Uddin joined AZA 10 years ago after graduation from the University of Chicago Law School. Since then, she has achieved a long list of courtroom successes, trying cases ranging from partnership breakups to trade secret and patent disputes. Her clients […]

HOUSTON – Texas Lawbook chose the top 10 commercial litigation moments of 2020, and work by AZA trial lawyers was front and center in three of those cases.   In the news story, Top 10 Commercial Litigation Moments of 2020 (subscription required), Texas Lawbook notes what a strange year 2020 was and how brave lawyers were able to try cases in person as AZA lawyers did in a healthcare case, or by Zoom, which AZA lawyers did in an energy sector case.   […]

HOUSTON – Three AZA associates have been elected fellows of the invitation-only philanthropic Texas Bar Foundation.   Monica Uddin, Edward “Ward” Goolsby and Nathan Campbell join 14 other AZA lawyers who already are fellows with the charitable group that was founded in 1965 to assist the public and improve the profession of law.   Fellows of the foundation are selected for […] 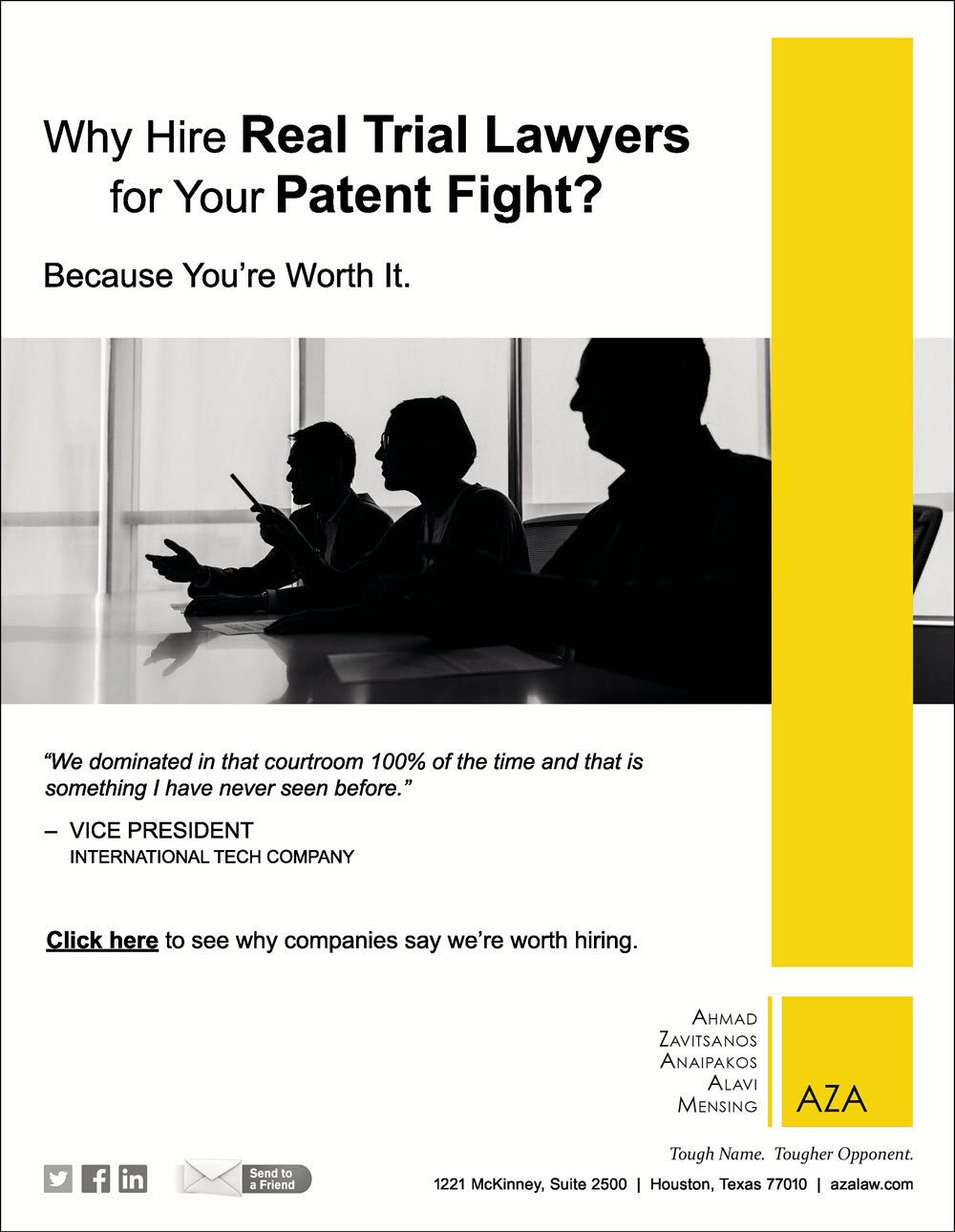