NEW YORK – AZA founding partner John Zavitsanos helped organize leaders of the Greek Orthodox Church in the United States for a religious freedom summit focusing on the persecution of Christians in the Middle East and Turkey.

Mr. Zavitsanos helped gather 30 Orthodox Christians who were guided by Archbishop Demetrios, head of the Greek Orthodox Archdiocese of America, at its headquarters in New York City. The meeting was designed to update church leaders on current conditions so they could identify the most pressing problems and develop strategies to address these matters over the next three years.

In 2014, Mr. Zavitsanos was on a five-lawyer international team that represented the Ecumenical Patriarchate in the European Court of Human Rights in Strasbourg, France. The Ecumenical Patriarchate successfully sued the government of Turkey to reclaim an orphanage just outside of Istanbul that it had owned since 300 A.D. The legal decision changing ownership of the building, the largest wooden structure in all of Europe, was unanimous and precedent-setting. 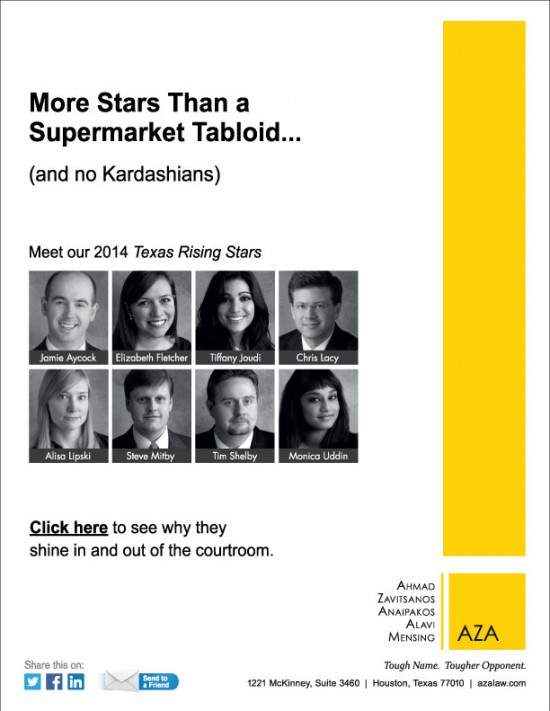