In the article, “Trial Pros: Ahmad Zavitsanos’ John Zavitsanos,” the noted Houston lawyer talked about the importance of thoroughly preparing for each trial.

“I try to know microscopically every exhibit, every deposition. You just can’t do the best job for your client if you rely on others to know the details. You have to own it yourself,” he told Law360.

“I use a lot of references to TV shows ‘Seinfeld’ and ‘Survivor,’ the voting-off-the-island thing. You have to keep the jury engaged, interested and give them a point of reference they can understand and remember,” he said.

Before the start of each trial, he reads the Rules of Evidence and tries to think about the applicability of each one and how the evidence will flow in regards to the evidentiary rules.

“It’s important to think ahead about how the Rules of Evidence apply to what you want heard and what your opponent wants heard,” he told the publication.

He also talked about the unexpected twists in trials, including one case where an opposing attorney who was trying to obtain a continuance suddenly fell to the courtroom floor, saying he tripped and could not get up. He didn’t need any medical attention – and he eventually lost the case.

Mr. Zavitsanos is Board Certified in Civil Trial Law by the Texas Board of Legal Specialization and the National Board of Trial Advocacy. Ranked in commercial litigation by Chambers USA, he has tried more than 75 cases to verdict and frequently lectures on trial and litigation techniques.

Ahmad Zavitsanos Anaipakos Alavi & Mensing P.C., or AZA, is a Houston-based law firm that is home to true courtroom lawyers with a formidable track record in complex commercial litigation, including energy, intellectual property and business dispute cases. AZA is recognized in Chambers USA 2016 among the best in Texas commercial law; U.S. News & World Report and The Best Lawyers in America as one of the country’s best commercial litigation firms; Texas Lawyer as the 2015 Litigation Department of the Year; and Law360 as a Texas Powerhouse law firm. National corporate counsel named AZA both one of the country’s best in client service and one of the most feared. Read more at https://azalaw.com/. 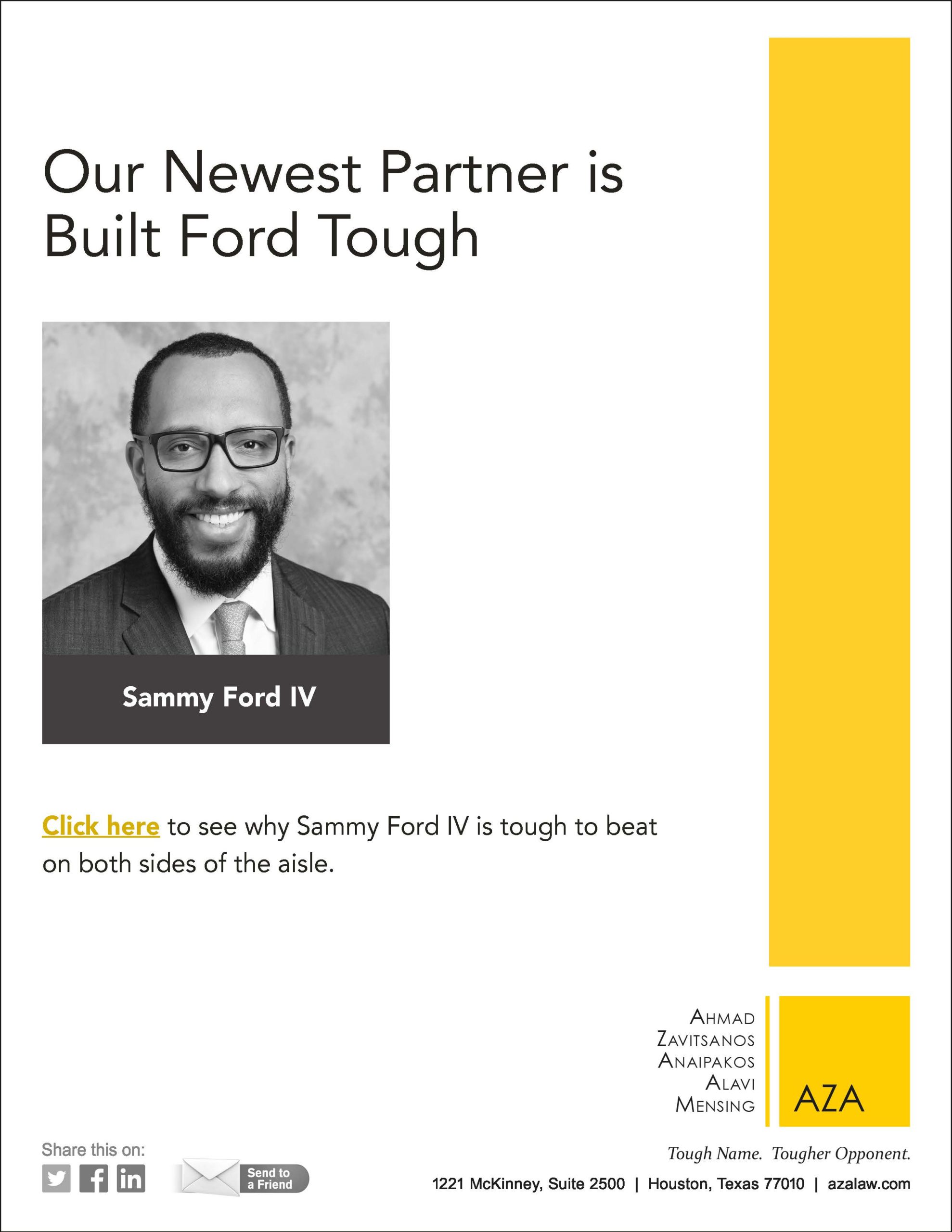