HOUSTON – Monica Uddin, an associate at AZA, or Ahmad, Zavitsanos & Mensing, was featured in the Houston Chronicle and Houstonia magazine for her pro bono work helping immigrants detained at Houston’s international airport.

Ms. Uddin was quoted in a front-page Houston Chronicle story headlined, Lawyers, aiding those caught in Trump travel ban, sense new respect. She described the outpouring of support and thanks that she and other lawyers received at George Bush Intercontinental Airport when they helped immigrants who were detained under President Trump’s short-lived executive order.

The newspaper story noted that lawyers, often the butt of jokes, are being seen in a kinder light these days. When Ms. Uddin told her Iranian-born Uber driver why she was headed to the airport to help immigrants caught up in the travel ban, he was so moved he began to cry. “No one has ever burst into tears when I’ve said I’m a commercial litigator,” she told the Chronicle.

A commercial trial lawyer with a technology background, Ms. Uddin has been listed by Texas Rising Stars for four years, recognized among the top attorneys in the state.

“We at AZA are extremely proud of the work Monica has been doing for refugees and other immigrants during this crisis and through her regular pro bono efforts. She has always used her legal expertise to help those in need,” said John Zavitsanos, one of the founding partners of the firm.

A San Antonio native and daughter of Bangladeshi immigrants, Ms. Uddin has helped the less fortunate for many years. Most recently she served as one of the volunteer coordinators for the International Refugee Assistance Project at the Houston airport.

When Ms. Uddin first got to the airport after the travel ban was initiated, she pinned a sign to her shirt advertising free legal services in English and Arabic and roamed the international terminal. Over the next few days, people at the airport began bringing her and the other attorneys coffee, food and thanks.

That was an unexpected treat for Ms. Uddin who has long used her law degree and knowledge for both business and pro bono work. She aided Hurricane Katrina victims with the Mississippi Center for Justice; at the University of Chicago Law School, she worked with the Chicago Legal Assistance Foundation.

Houstonia magazine also quoted Ms. Uddin in its article, Pro Bono: Meet the Attorneys Helping Houstonians Navigate the Travel Ban. The magazine recounts how Ms. Uddin aided Usama Allami, an Iraqi who worked as an interpreter during the Iraq War, helping both the U.S. military and its contractors. “Five years after putting in his initial application, in 2011, he was finally granted a special visa from the State Department recognizing his service,” the magazine wrote. “But thanks to Trump’s maneuver, his wife and 7-year-old daughter were potentially caught in limbo.”

Ms. Uddin helped Mr. Allami and his family through the ordeal. Ultimately, they were reunited. 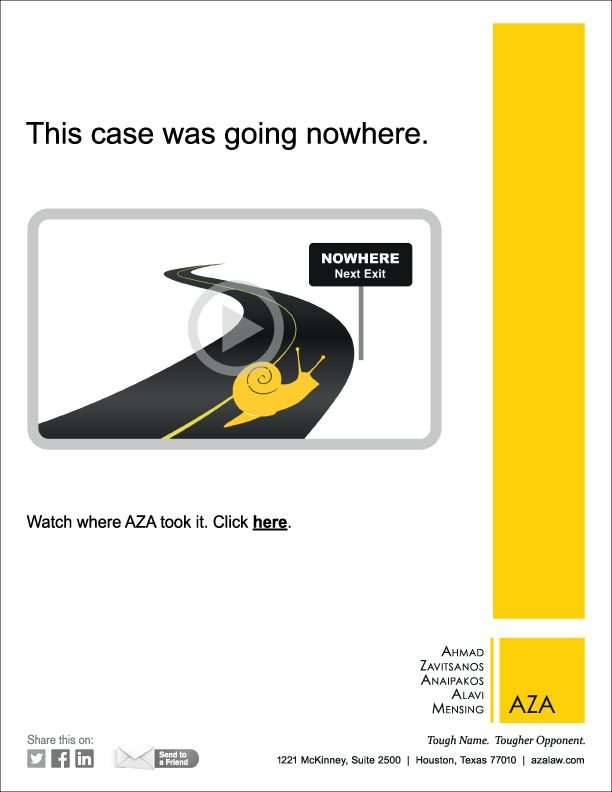