HOUSTON – Ahmad, Zavitsanos, Anaipakos, Alavi & Mensing P.C., or AZA, is pleased to announce that firm attorney Sammy Ford IV is receiving the President’s Award for Outstanding Service to the Houston Bar Association. HBA President Neil Kelly is recognizing Mr. Ford for his work on the Continuing Legal Education Committee. The award will be […] 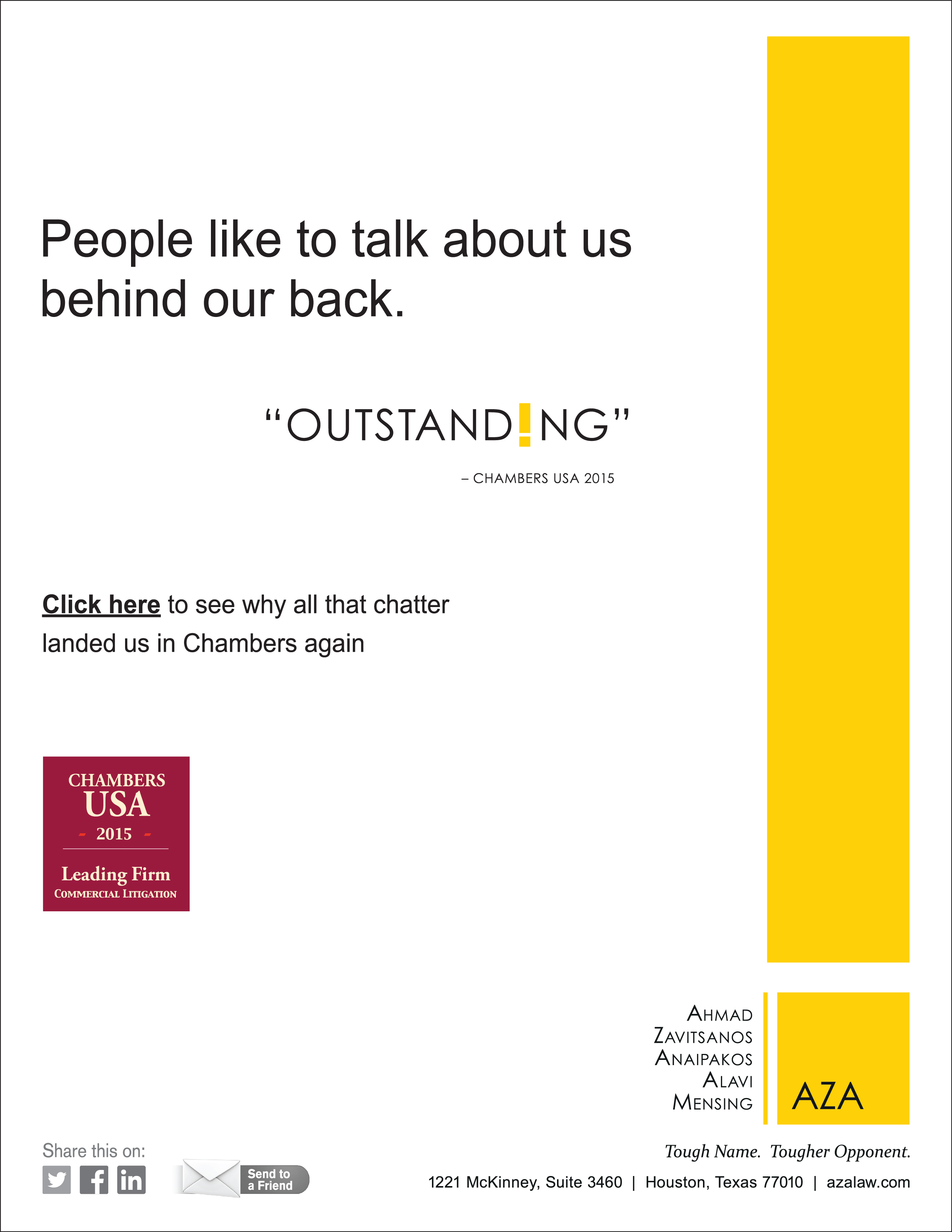