HOUSTON – Ahmad, Zavitsanos, Anaipakos, Alavi & Mensing P.C., is proud to announce that 10 AZA attorneys have been named to the 2019 Texas Rising Stars list, which recognizes the state’s leading young lawyers. For the third consecutive year, AZA associate Sammy Ford IV was named a “Top 100 Texas Up & Coming” lawyer for […] 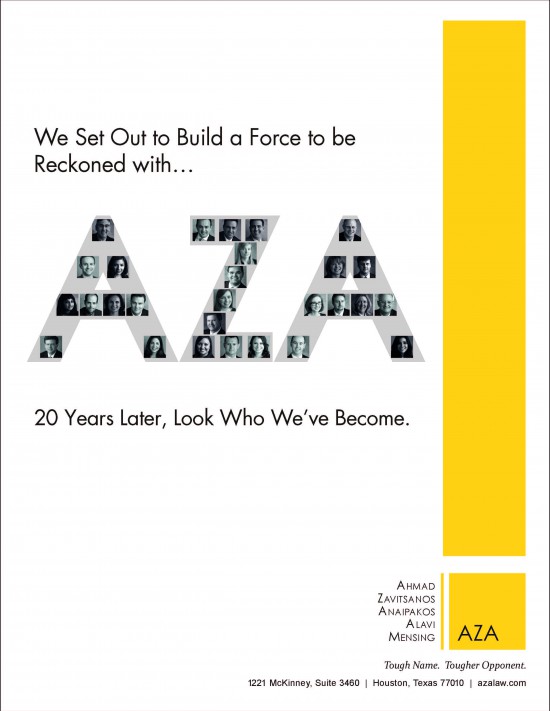