HOUSTON – Demetrios Anaipakos, partner with Ahmad, Zavitsanos, Anaipakos, Alavi & Mensing P.C. or AZA, is one of only 28 lawyers selected as top Texas litigators in 2018 by international publication Who’s Who Legal. Established in 1996, Who’s Who Legal is an international listing of legal practitioners in business law. Those selected by the London-based […]

HOUSTON – AZA has been ranked among the 10 best-performing law firms in the nation in a study of more than 1,100 law firms active in Inter Partes Review (IPR) patent cases over the past five years. The analysis was conducted by Patexia Inc., a global community of intellectual property professionals. Patexia used federal databases […] 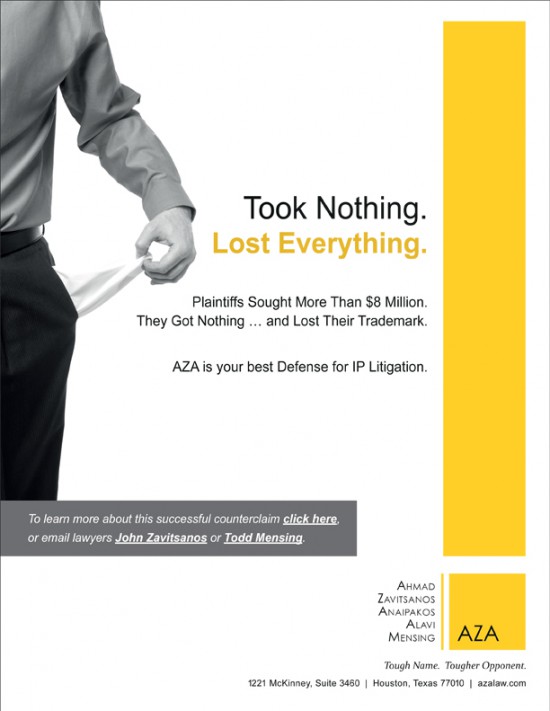