HOUSTON – AZA partner Jason McManis, head of AZA’s intellectual property group, was named one of only five Law360 Rising Stars in the Trials category for 2022. He is featured in the article “Rising Star: Ahmad Zavitsanos’ Jason McManis.” Editors at the national legal news outlet reviewed more than 1,350 nominations for accomplished lawyers under […]

HOUSTON – AZA co-founder John Zavitsanos was named by the National Law Journal as one of the “Plaintiffs’ Attorneys Trailblazers” for his jury wins in trials seeking fair insurance reimbursements for emergency room doctors around the nation.  NLJ’s Trailblazers is a special supplement spotlighting professionals who are “agents of change in their respective practice areas.” […]

HOUSTON – AZA, is proud to announce that 10 AZA attorneys have been named to the 2019 Texas Rising Stars list, which recognizes the state’s leading young lawyers. For the third consecutive year, AZA associate Sammy Ford IV was named a “Top 100 Texas Up & Coming” lawyer for his business litigation skills. Also recognized […]

HOUSTON – A Harris County judge has taken the unusual step of awarding AZA client Dr. Steven Hotze and his fellow defendants more than $2 million in attorneys’ fees after a jury decided in their favor and delivered a take-nothing verdict. Attorneys’ fees are often awarded to plaintiffs who prevail in a lawsuit, but the […]

HOUSTON – AZA lawyers secured a take-nothing jury verdict for well-known Houstonian Dr. Steven Hotze and two of his brothers, who were accused of fraud, securities violations, and breaching their fiduciary duties involving family business operations. The lawsuit was filed by two other Hotze brothers who alleged that nearly every transaction over the past four […]

HOUSTON – AZA, or Ahmad, Zavitsanos & Mensing, is proud to announce that 14 firm attorneys have been named to the 2018 Texas Rising Stars list, which recognizes the state’s leading young lawyers. For the second consecutive year, AZA associate Sammy Ford IV was named a “Top 100 Texas Up & Coming” lawyer for his business litigation […] 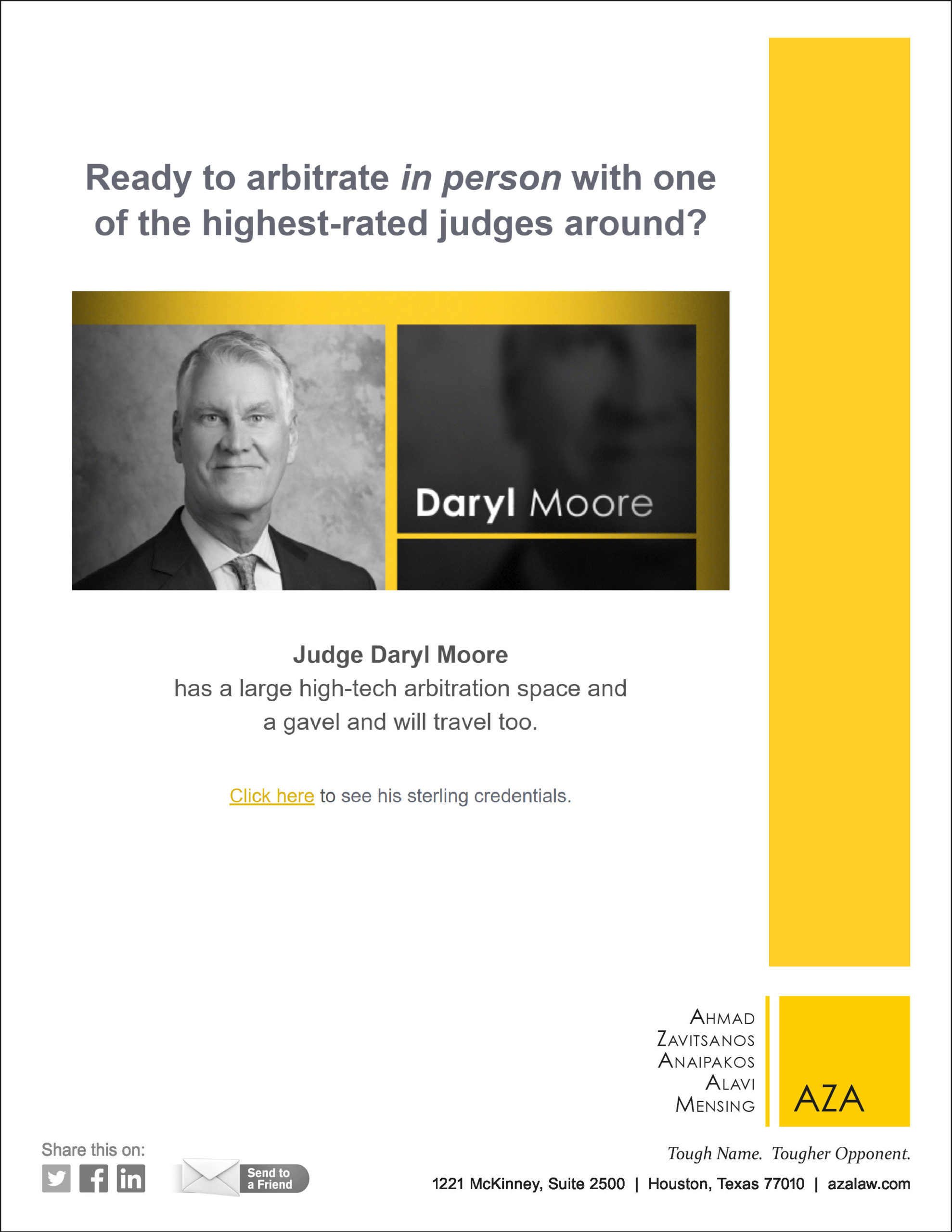