HOUSTON – The board of directors of Ben & Jerry’s, the premium ice cream brand known for its social awareness, has hired AZA to fight its parent company Unilever, a multinational consumer product company, over the licensing of the frozen treat brand in the West Bank and other issues.    The fight has gained international […]

HOUSTON – With criticism growing for how lawyers are abusing mid-case appeals, the Texas Fourteenth Court of Appeals today found that a local court was correct to toss a contractor’s frivolous attempts to use Texas’ anti-SLAPP law to delay an impending trial setting. The case now headed back to the trial docket of the 113th […]

HOUSTON –John Zavitsanos, co-founder of AZA, was one of only 10 lawyers named as a “Titan of the Plaintiffs bar” by Law360 today for his recent groundbreaking healthcare jury wins. Mr. Zavitsanos was chosen for the work he’s done for client TeamHealth to seek fair insurance reimbursements for emergency room doctors around the nation. He’s […]

HOUSTON – AZA and firm partners Joe Ahmad and John Zavitsanos  earned recognition as Litigation Stars for the seventh year in a row from peer-review guide Benchmark Litigation, which honors preeminent litigation practitioners across the U.S.  Benchmark makes its selections based on extensive interviews with trial lawyers, dispute resolution specialists and their clients as well as analysis of significant cases and firm developments. The guide for […]

HOUSTON – Chambers USA, the prestigious independent legal guide, has ranked AZA among the top Texas law firms for both commercial litigation and intellectual property work. This year five of the firm’s lawyers are individually ranked as well, and firm co-founder John Zavitsanos earned a “Spotlight” ranking as one of only 21 top Texas trial lawyers listed.    […] 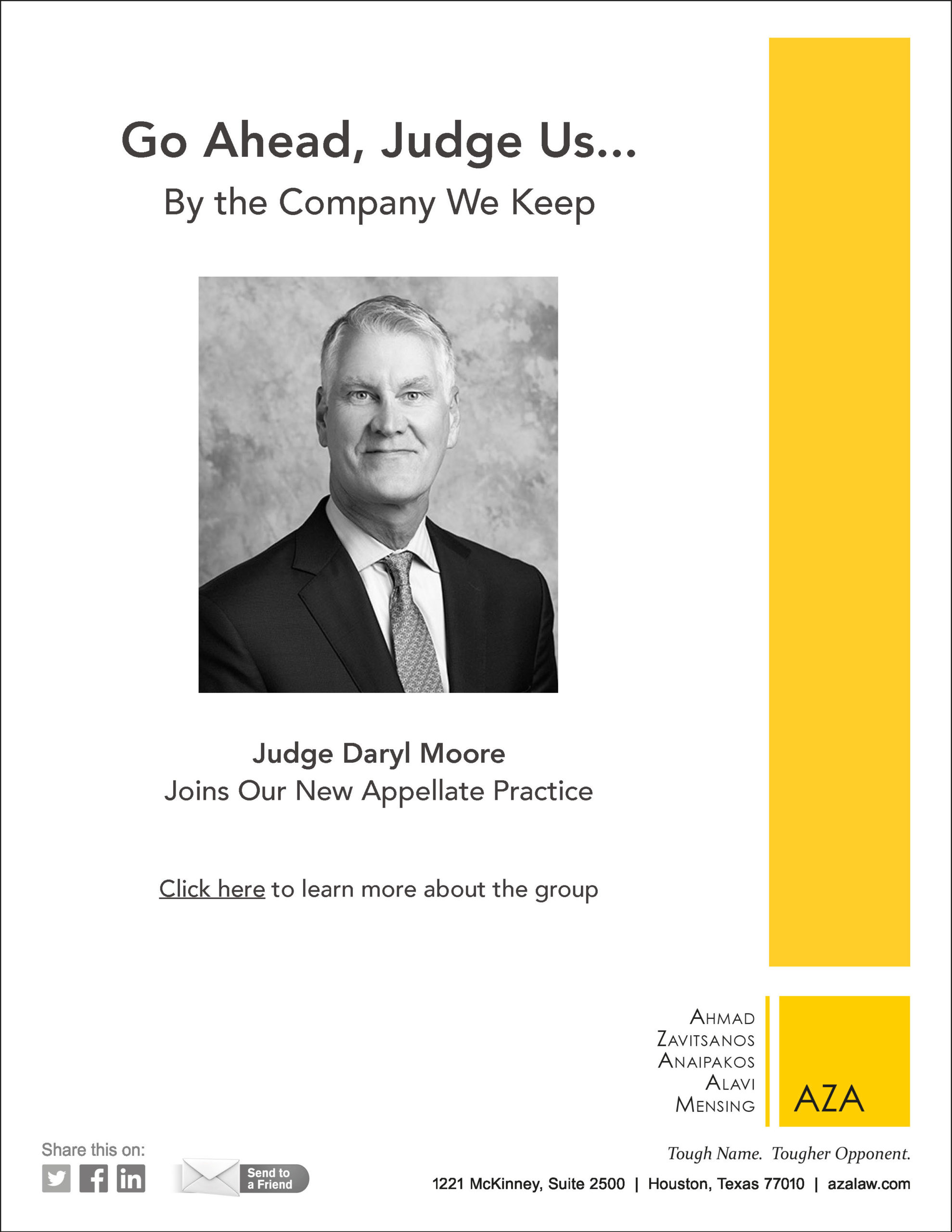