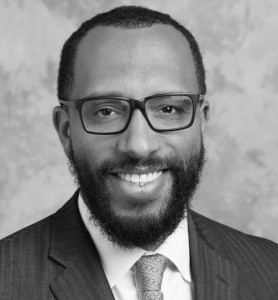 HOUSTON – Sammy Ford IV has been named a new partner at AZA.

A highly acclaimed lawyer, Mr. Ford has tried more than two dozen cases before judges, juries and arbitrators around the United States. He has successfully represented businesses and individuals, both plaintiffs and defendants, in a wide range of civil litigation including in cases worth more than $40 million.

“Sammy is a superb lawyer, bringing intelligence, creativity and deep experience to every case he touches. He is a natural in front of juries,” said AZA co-founder John Zavitsanos. “He cares not only about his clients but also about the profession and has been active in local and state bar associations.”

Mr. Ford is board certified in Personal Injury Trial Law by the Texas Board of Legal Specialization. He was elected to the prestigious American Board of Trial Advocates (ABOTA) and named among The National Trial Lawyers Association’s “Top 40 under 40.” He has been recognized by attorneys across the United States, earning a place on the list of the Best Lawyers in America 2020 for commercial litigation, and he’s been named  a “Top 100 Texas Up & Coming” lawyer on the Texas Rising Stars list for his business litigation skills every year since 2017.

“He is the most unflappable and mentally tough lawyer I’ve ever seen,” said AZA partner Todd Mensing, who has worked closely with Mr. Ford.

Mr. Ford previously practiced law at Abraham Watkins and at Susman Godfrey. He clerked for U.S. Circuit Judge Jerry E. Smith of the United States Court of Appeals for the Fifth Circuit. He is an honors graduate of the University of Texas School of Law and graduated with high honors from Harvard University.

A Houston native, Mr. Ford is active in legal and educational charitable organizations and special projects. He served on the board at his high school alma mater because he believes strongly that education and mentoring can make a difference and provide young people with the spark or the confidence that carries them through life. Through his work with the Houston Bar Association, he helped create a contest for special needs kids, and he has been active in an anti-drug program in which he accompanies a doctor to schools to explain the negative effects that drugs can have on people’s lives.

Mr. Ford is a member of the State Bar of Texas Computer Law and Technology Council and numerous committees of the Houston Bar Association. He has also developed and presented at dozens of legal seminars over the last eight years.