HOUSTON – In an article for Texas Lawbook, Rey Flores, an associate at AZA or Ahmad, Zavitsanos, Anaipakos, Alavi & Mensing P.C., wrote about his experiences as a combat veteran in the Middle East and what we can all do to inspire each other.

In a bylined article titled, “Señor, usted es un orgullo Hispano,” Mr. Flores explains the need for mentors in the Hispanic community and beyond. His piece, inspired by Hispanic Heritage Month, begins in Baghdad. Mr. Flores, a former Army officer who attended West Point, was surprised when a Hispanic soldier called him a source of pride for other Hispanics. Just as Mr. Flores realized his education, accomplishments, and position meant so much to the younger soldier, he saw a parallel with his own journey and that of many Hispanics in the United States.

“Before ‘Yes We Can’ was a presidential campaign slogan,” Mr. Flores writes, “it was the rallying cry for Hispanic farm workers who chanted ‘Si Se Puede’ as they fought for fair wages and humane working conditions.” “The refrain resonated with them,” he continues, “because historically they had been told in numerous facets of American life that they could not – they could not eat at certain restaurants, they could not live in certain parts of town, they could not go to certain schools, they could not be doctors or lawyers.”

Forty years later, he notes that for many Hispanics, this country is still the land of “No You Can’t.” Mr. Flores talks about how the Hispanic community, and all communities, need role models. His own path led from West Point to a successful military career as an armored cavalry officer and JAG attorney to a practicing trial lawyer in a field with relatively few Hispanics. That happened because he found inspiration in role models along the way. He includes his parents, his fellow soldiers, and his colleagues at AZA on that list.

“So, in light of Hispanic Heritage Month, and in furtherance of what we know our country can be, I take this opportunity to encourage everyone to aim to inspire, to be a role model, and to show that America is indeed a country of ‘Si Se Puede,’” he concludes. 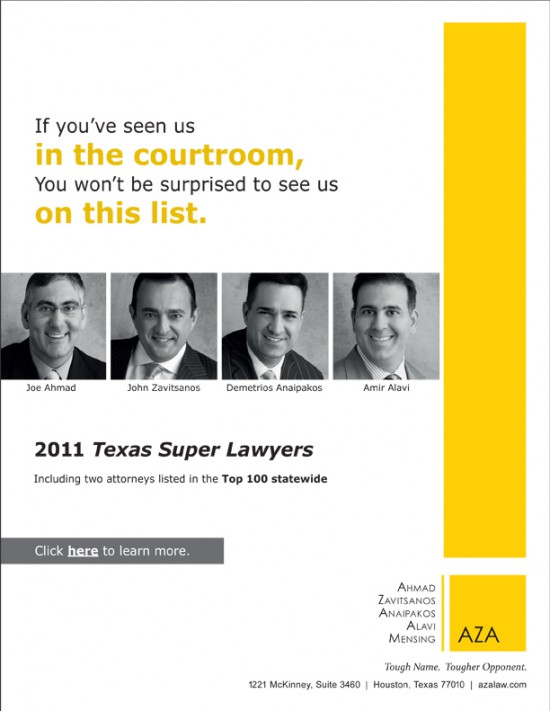