HOUSTON – An investment banker represented by the Houston litigation boutique AZA, or Ahmad, Zavitsanos & Mensing, recently won the dismissal of a multimillion-dollar breach of contract and fraud lawsuit after a federal judge found that the company bringing the case had no valid basis for the claims against him.

In late July, U.S. District Judge Kenneth Hoyt of Houston dismissed the case against AZA’s client after finding that International Energy had completely failed to state a valid claim or even any facts that could support any claim against him. The banker had marketed the BP assets but was not part of the contract that was the basis of the lawsuit.

“Our client should not have been sued in the first place. We are pleased that the Court saw that and dismissed him from the case,” says AZA attorney Elizabeth Pannill Fletcher, who represented the banker with firm partner Sean Gorman.

AZA is a Houston-based law firm that is home to true courtroom lawyers with a formidable track record in complex commercial litigation, including energy, intellectual property, and business dispute cases. AZA is recognized in Chambers USA 2014 among the best in Texas commercial law; U.S. News & World Report and The Best Lawyers in America as one of the country’s best commercial litigation firms in 2014; and Law360 as one of only 13 Texas Powerhouse law firms. National corporate counsel named AZA one of the country’s best in client service among law firms serving the Fortune 1000. Read more at www.azalaw.com. 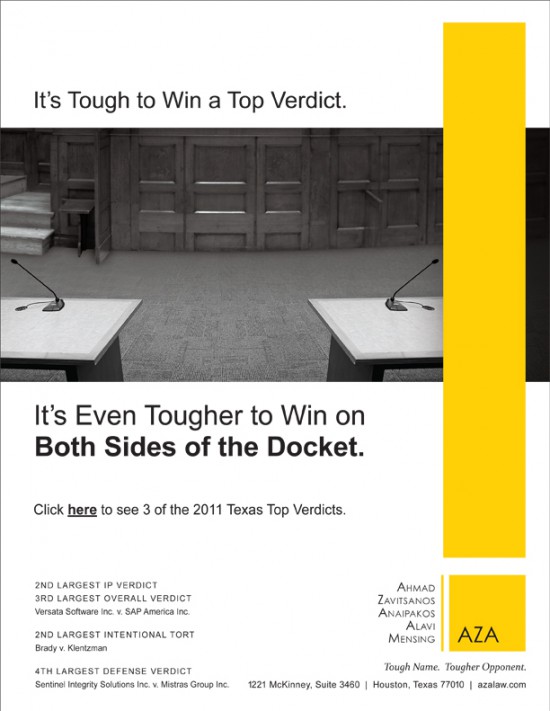